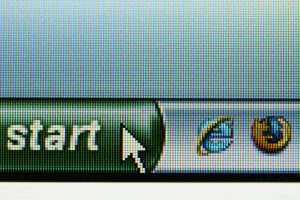 A few weeks back, I did one of David Hutchins’s courses for legal translators. David is a solicitor who gives law courses of all shapes and sizes to translators and lawyers. I gather he’s been doing it for quite a few years. At any rate, his courses come highly recommended. You can see that from the testimonials on his website. I’d also previously heard good things from a couple of people, which was why I was interested in the first place.

I wanted to do an in-person course, but the dates never seemed to match up, so instead I did a three-hour Skype course on contract law and litigation.

Although via a different medium, the course immediately felt like the law lectures we had on the master’s I did a few years ago on legal translation at City University, albeit a little more personal. After all, there were only two of us (aside from David) the day I did it, and David was happy enough to go in whichever direction either of us wanted. Although we ended up pretty much covering his material straight through, I think.

When you do courses like this — on the subject matter, in one of your languages and not specifically to do with translation — you find yourself looking out for different things depending on whether the language, and in this case the legal system, is source or target for you.

For instance, on this course, English being my target language, I found myself paying a lot of attention to how David talked about the law, listening out for particular expressions he used. On this count, the course was very useful. Not least because David cleared up a couple of doubts I didn’t even know I had about US versus UK usage (i.e., misuse on my part).

As far as the content went, for me the course served as a timely and excellent refresher for a lot of what we’d covered on the master’s. I also learnt some new things. As I translate into English, some of the nitty gritty on certain points seemed less important. Which may have been why I’d forgotten some of points I vaguely recalled coming across before. Although it’s always useful to develop the depth of knowledge such detail gives you. Indeed, at least some of this detail is necessary to be able to identify English terms of art you need to know well enough to know you should avoid them in translation. At any rate, David certainly covered the most important points.

The course also reminded me of the task we’re up against as legal translators. You get quite comfortable with navigating the differences between legal systems in the work that you do on a regular basis. But when you delve into either of the legal systems in any detail, you’re reminded of the gaping differences, even in the most fundamental terms. E.g., solicitors and barristers and their not very equivalent counterparts in Spanish.

Anyway, I’d recommend this course to anyone translating into or out of English. While David can help those of us translating into English how to best express ourselves in legal translations, he can provide the world of detail that out-of-English translators need to understand the finer points of tricky-to-translate terms and expressions. Aside from that, he’s an excellent communicator and very accommodating.

And doing this course has reminded me that I want to do something similar in Spanish. Not necessarily a course, but anything to get a little bit more familiar with the inner workings of the Spanish legal system. Committing a crime and getting caught just to see what happens could be taking it a bit too far, so I’ll have to think a little harder.