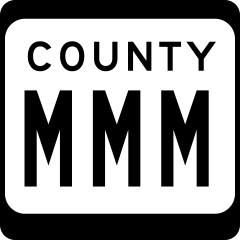 Should we use the em dash in legal translation?

Great for making complicated sentences less so, em dashes are described here as the “strongman of the longer Web sentence”. And while there are obviously differences between translating legal documents and writing Web copy, I didn’t think twice about using em dashes in my legal translations.

I had realised that they were rarely seen in legal documents, but I thought it would be OK to use them sparingly in the interest of clarity (where, of course, the original was clear and clarity was in fact the goal, which is not always the case in legal documents).

That was up until someone with much more experience than I have in writing legal documents (a tutor on my MA in legal translation) suggested that the em dashes that I had used in a translation of an Articles of Association might be out of place.

In this post, contract drafter Ken Adams toys with the idea of using em dashes to clear up ambiguity. He’s hesitant to do so though because he thinks “they’re more suited to regular narrative prose than contract language”, which confirms what I had suspected and been told.

So, although the US Federal Rules of Civil Procedure and Federal Rules of Evidence has adopted em dashes, as Ken states, it looks like they will have to become far more widespread before legal drafters—and legal translators by the looks of it—are happy to use them, which is a bit of a Catch-22.

And herein lies a common problem in legal translation and translation in general. To what extent should translators just replicate style and register, and when can they innovate and maybe even improve something?

Certain devices may always be out of place in legal documents, but why rule out those that might be able to help us provide better legal translations or writing just because their use is not widespread?